I have bought two “WS2812B 8×8” LED matrix panels from China for a possible future project.

As I wanted to try them out it turned out, that none of them are working. So are they arrived broken? 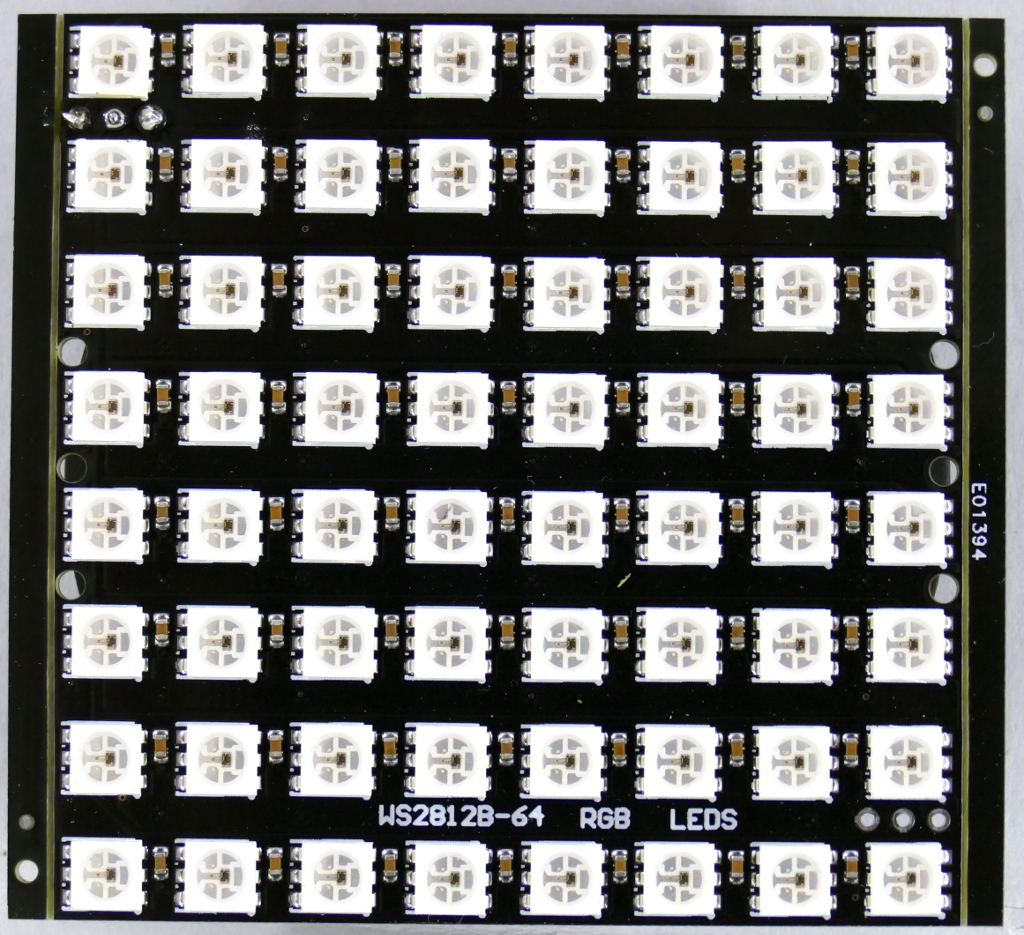 I used a big power supply for powering both the Arduino Nano and the matrix. I have connected a the data-in via a 330 Ohm resistor, as suggested in other blogs. I have tried both the FastLED examples of the Arduino and the Adafruit Neopixel (and NeoMatrix) examples with no luck.

I have measured the data line with my oscilloscope and saw a very strange behavior, as there was very low voltage in the data-in at the matrix side of the 330 ohm resistor. I know, that something is just not right.

So I have started to dig down into the online documentation. On the Adafruit page there is a very comprehensive documentation in the topic please read that

Adafruit: The Magic of NeoPixels 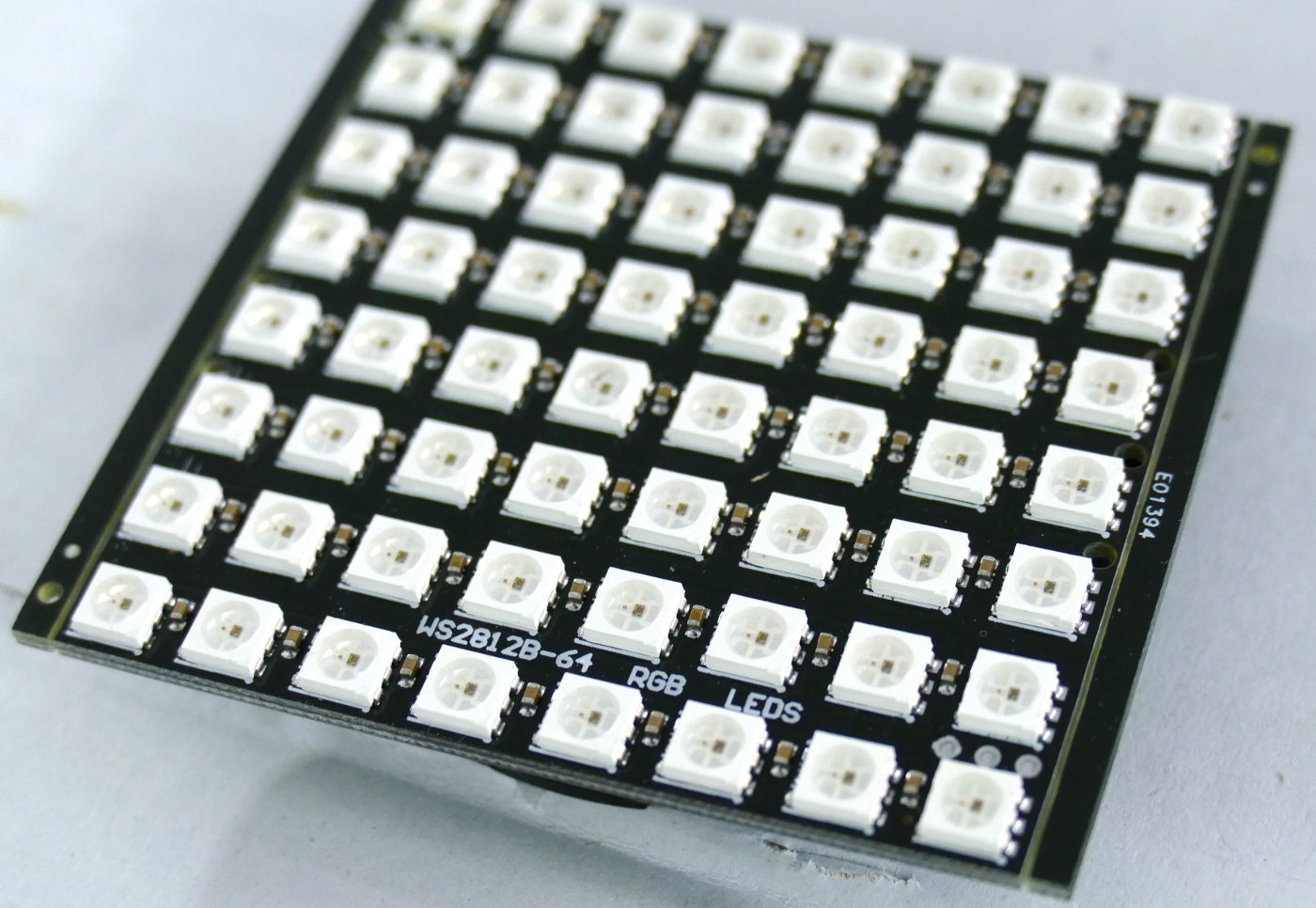 So I have started poking the pins of the individual LED-s. This is what I have found.

So connecting the data-in to the pin labeled DOUT fixed the problem. 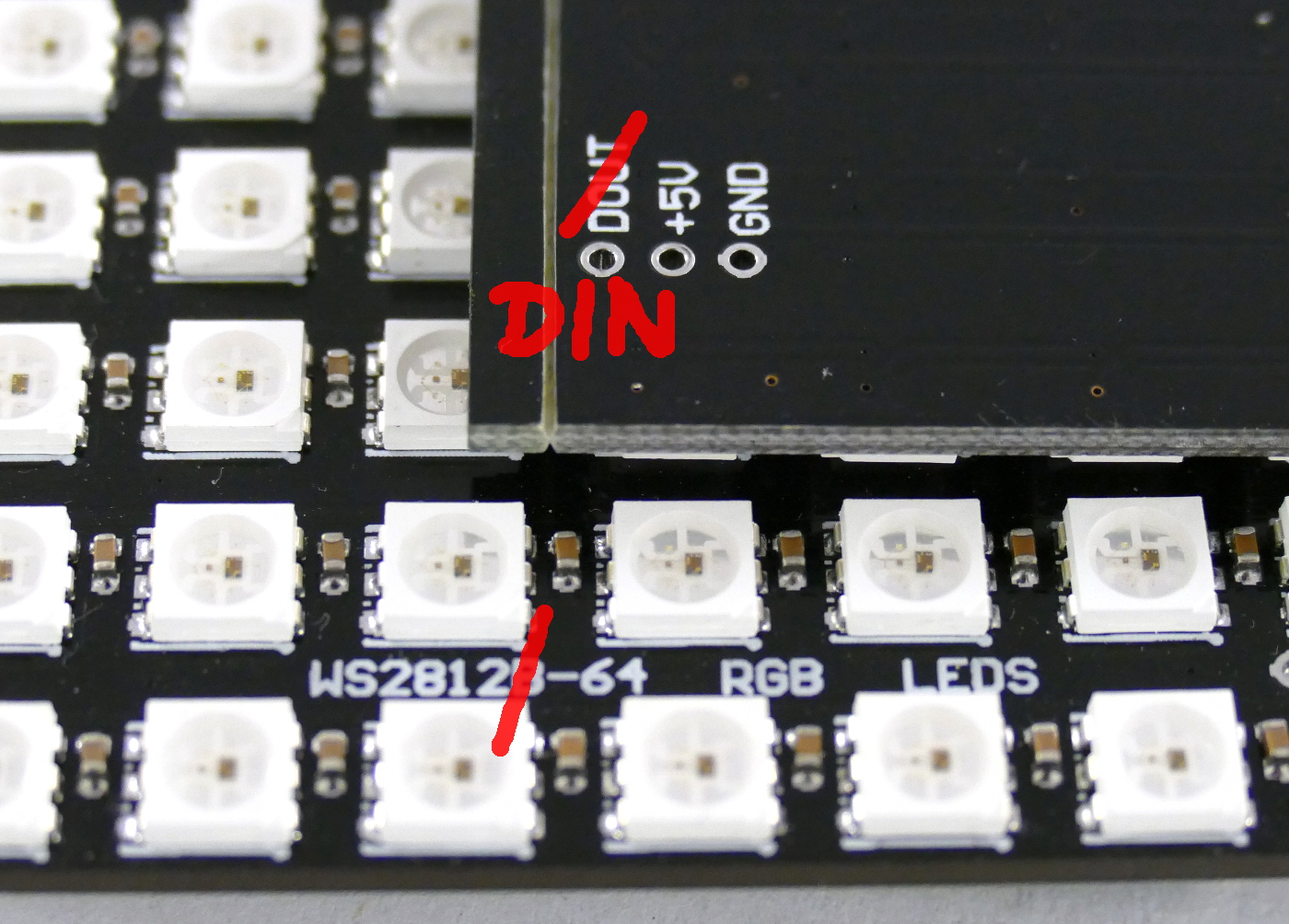